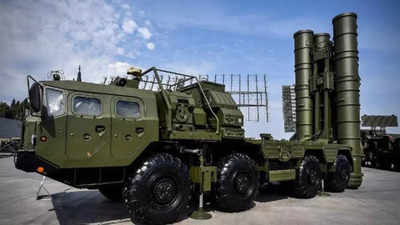 Photo: Collected
As the threat of US sanctions looms over India’s purchase of S-400 system from Russia, India on Thursday reiterated that it follows an independent foreign policy and its defense acquisitions will continue to be guided by “national security interests”.
The remark by MEA spokesperson Arindam Bagchi was in response to a question on whether or not the US was likely to impose the dreaded CAATSA sanctions on India for acquiring the missile defense system. He reiterated that India and the US have a comprehensive strategic partnership and India has a special and privileged strategic partnership with Russia. His remarks came ahead of President Vladimir Putin’s visit next week for the annual summit.   The government said the 21st India-Russia summit in Delhi on December 6 will offer an opportunity to the two leaders to exchange views on regional, multilateral and international issues of mutual interests.
Giving details of the engagements between the two sides on December 6, Bagchi said defence minister Rajnath Singh will hold a meeting with his Russian counterpart Sergey Shoygu India-Russia under the framework of the India-Russia Inter-Governmental Commission on Military-Technical Cooperation.   Separately, external affairs minister S Jaishankar will hold talks with his Russian counterpart Sergey Lavrov.
Following the two meetings, the foreign and defense ministers of the two countries will hold the inaugural ‘2+2’ ministerial dialogue that is expected to discuss bilateral, regional and international issues.   Source: The Times of India