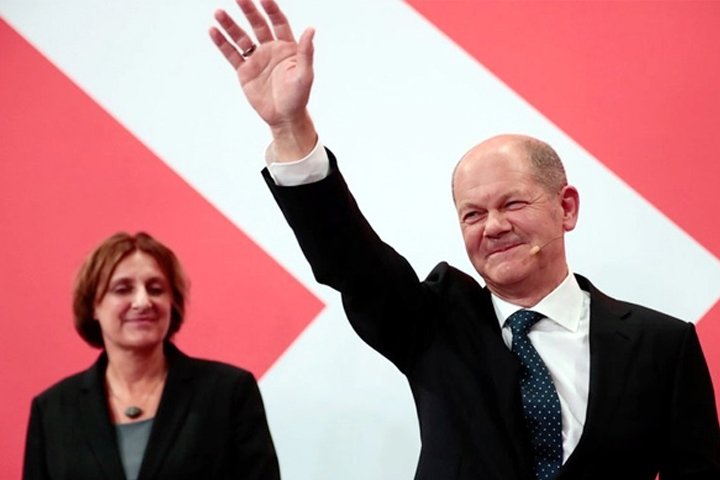 Photo: Collected
Germany's centre-left Social Democrats won the general election with 25.7 percent, beating Chancellor Angela
Merkel's conservatives, who came in at 24.1 percent, official figures on the website of the country's election commission showed Monday.   The preliminary results are based on ballots counted in all constituencies. The result is the worst yet for Merkel's CDU-CSU bloc.   The Green party placed third at 14.8 percent, followed by the liberal FDP at 11.5 percent. The far-right Alternative for Germany garnered 10.3 percent. Source: AFP/BSS AH