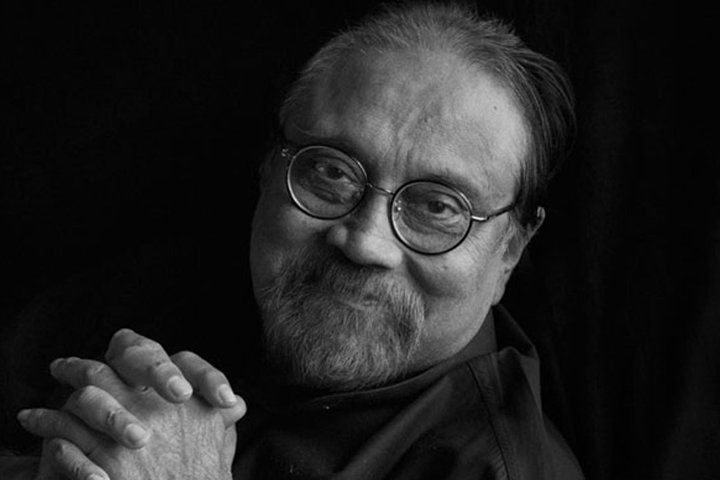 Aly Zaker
Aly Zaker, a valiant freedom fighter, Ekushey award-winning cultural personality and noted actor, died of
old-age complications at a hospital in the capital today (Friday). He was 76. Aly Zaker breathed his last around 6.40am while he was undergoing treatment at the United Hospital in the city. He is survived by wife, one son, a daughter and a host of relatives and admirers. Aly Zaker had been suffering from cancer and various old-age complications. He was also found COVID-19 positive after his sample test on November 16. Earlier on November 17, he was admitted to Bangladesh Specialized Hospital due to cardiac problem. “His body was taken to liberation war museum at 11am for paying last tribute and he will be buried at Banani graveyard with state honour following a Namaj-E-Janaza after Asr prayers today,” said Sammilito Sangskrit Jote President Golam Kuddus. President M Abdul Hamid, Awami League President and Prime Minister Sheikh Hasina, Information Minister Dr Hasan Mahmud, Liberation War Affairs Minister AKM Mozammel Haq and State Minister for Cultural Affairs K M Khalid have expressed profound shock and sorrow at the death of Aly Zaker. Aly Zaker was born on November 6 in 1944 in Chattogram. He was the third among four siblings, and spent his early childhood in Kushtia and Madaripur. His father was a high-ranking government official who transferred every few years. He studied at Notre Dame College and graduated from the University of Dhaka. Aly Zaker served as a freedom fighter in the Liberation War. He was in Sector 8 with Major General Manzoor. In 1972, Aly Zaker joined Aranyak Natya Dal. His first stage appearance was taken place with performance in a drama of ‘Kabor’ written by Munier Chowdhury. Later, he joined Nagorik Natya Sampradaya, where his most memorable work — “Dewan Gazir Kissa”, “Nurul Din-er Shara Jibon”, “Macbeth” and “Galileo”, among many others — came. Aly Zaker directed plays like “Baki Itihash”, “Bidogdho Romonikul”, “Toilo Sankat”, “Ei Nishiddho Polli Te” and “Ocholayoton”, among others. On television, he is known for classics like “Aaj Robibar” and “Bohubrihi”. Aly Zaker married eminent theatre personality Sara Zaker in 1975 and they have a son Iresh Zaker and daughter Sriya Sharbojoya. He was one of the trustees in the Liberation War Museum in Dhaka. Aly Zaker was the Chairman of Asiatic Society. He was the recipient of Ekushey Padak, Bangladesh Shilpakala Academy Award, Bangabandhu Award, Munier Chowdhury Award, Naren Biswas Award, among other accolades. Source: BSS AH