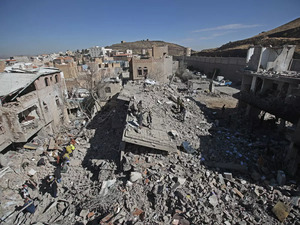 In in a tweet Jaishankar said. “Deeply appreciate receiving a call from UAE FM @ABZayed. He expressed condolences for the Indian lives lost in the terror attack in UAE yesterday.”  “Conveyed our strong solidarity with UAE in face of such unacceptable acts. Our Embassy is working with UAE authorities to provide the fullest support to families of the deceased,” he added.

The UAE Foreign Minister shared the details of the attack with Jaishankar. "On his part, Jaishankar condemned the terror attack in the strongest terms. He emphasized that in this day and age, such an attack on innocent civilians was completely unacceptable and against all civilized norms. The External Affairs Minister appreciated the immediate assistance provided by UAE authorities to the Embassy in responding to this tragic situation," according to a MEA statement. Jaishankar conveyed India’s strong solidarity with the UAE in the face of such an attack. Given its principled position against terrorism, India will stand with UAE in international forums on this issue, the MEA asserted. On Monday, two Indians and a Pakistani national, all staff of the Abu Dhabi National Oil Company (ADNOC), were killed and six others injured in a “drone attack” claimed by Houthi rebels.

The identities of the two Indian nationals killed in Monday’s suspected drone attacks near the Abu Dhabi airport that sparked multiple explosions in the capital have been established, the Indian embassy in Abu Dhabi said on Tuesday. It also said there were two Indians among the six-people injured in the attacks and both were discharged on Monday night after medical treatment.

The explosions were caused by “small flying objects”, possibly drones, that hit three petroleum tankers in Abu Dhabi. Israel, which had established diplomatic ties with UAE in 2020 and is now in a Quadrilateral -- UAE-Israel-India-USA -- for economic projects in the region has also condoled the attack. Source :The Economic Times